Comparing PTSD and Somatization Disorder shows that there are some similarities in the symptoms but for the most part they are different.  Somatization Disorder has a lot more physical symptoms while PTSD has more symptoms leaning toward emotional.  The symptoms the two disorders have in common are headaches and stomachaches.  In both cases symptoms can be so severe and last so long that it completely disrupts the person’s life. 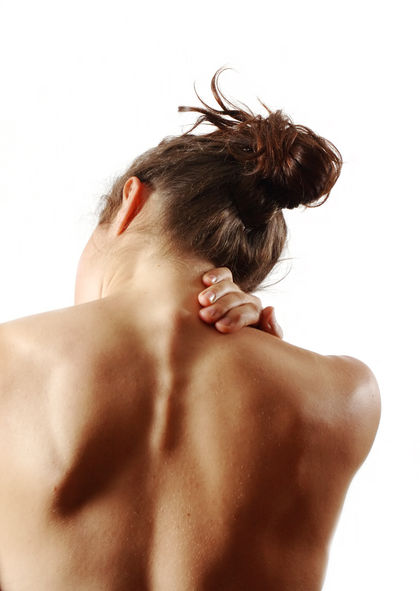 Do you have medically unexplained physical, or somatic, symptoms?

Somatization disorder can cause a person towards an emotional reaction such as depression or even suicide because they feel so much pain and can never get a diagnosis for it.  The symptoms often lead to substance abuse.  Thereby leaving them to feel hopeless, as if they will never get the help they need.  Somatization disorder has a wide range of physical symptoms.  A person with this disorder will report many different symptoms over a period of time with no real medical explanation.  These symptoms are often pain throughout the body, but not usually all at the same time.  Pain in the form of headaches, stomach ache, joint or muscle pain.  It could also be internal, such as vomiting, or it could come about as a sexual or menstrual problem.  Neurological symptoms are also common, often occurring as problems with balance or vision and even paralysis.

Somatization Disorder lasts for a very long time which is one thing this disorder has in common with PTSD.  PTSD symptoms can last anywhere from months to years.   Most PTSD symptoms are different from Somatization Disorder because they come from more of a psychological background than a physical background.  PTSD symptoms are generally geared more towards an emotional aspect, some examples are worry over dying, acting younger than the chronological age, having an impaired memory or obsessiveness.  It seems that PTSD actually transforms a person’s behavior instead of changing them physically.  This is because when traumatic experiences occur, the feelings they experience, such as shock, nervousness or fear continue on for a length of time and gradually get stronger.  The stronger they get the less of a normal life the person is able to lead.

These increased symptoms can include nightmares or night terrors, hypervigilance, panic attacks, hypersensitivity, low self-esteem and shattered self-confidence or a physical or mental paralysis.  There are three categories often used by clinicians in order to type or group people who are diagnosed with PTSD.  The categories used are re-living, avoiding, and increased arousal.  The people in the re-living group are people who suffer from living through the trauma they have been through over and over again.  This can happen through a flashback or a hallucination or just by being reminded even in small ways.  The people in the avoiding group tend to try to stay away from people, places or things that can remind them of the event.  Unfortunately the person can start to isolate themselves and eventually can turn completely inward from detachment.  The people in the increased arousal group lean towards either having difficulty showing their emotions or on the other end of the spectrum showing overly exaggerated emotions.  This group is also the group who has some physical symptoms such as higher blood pressure, muscle tension and nausea.

In conclusion, it has become very apparent to me that while there are some similarities between PTSD and Somatization Disorder, there are a lot more differences.  It has also become very apparent to me that the people who suffer from these disorders are dealing with a lot of pain, and whether it is physical or emotional, this pain can cause the person suffering from it to shut down and disable them from enjoying the life they were meant to lead.

In looking at mental health criteria I came across this definition.  From an article in the Encyclopedia of Public Health, titled Mental Health says:

Dianne Hales & Robert Hales define mental health as the capacity to think rationally and logically, and to cope with the transitions, stresses, traumas, and losses that occur in all lives, in ways that allow emotional stability and growth.  In general, mentally healthy individuals value themselves, perceive reality as it is, accept its limitations and possibilities, respond to its challenges, carry out their responsibilities, establish and maintain close relationship, deal reasonable with others, pursue work that suits their talent and training, and feel a sense of fulfillment that makes the efforts of daily living worthwhile.  (Rosenfield, 2002, p. 2)

I think this definition supports what is written in the “Psychopathology Defined in Context” because in this document one requirement of mental health is “being able to function comfortably on a day-to-day basis”.  I understand these definitions to mean that a person who is mentally healthy will be able to progress in life within what is understood to be normal limits.  They will not have any extreme stressors that cause them to stop their mental growth because they will be able to deal with any stressors they come across productively.

This document also mentions four dimensions in which to look at mental health.  In taking a look at these dimensions, and an article from the Mayo Clinic titled, Mental health: What’s normal, what’s not, I was able to identify and recognize them.  The dimension of comfort and discomfort are, when you are comfortable, your behaviors, feelings, and thoughts are within what is considered ‘normal range’.  Excessive behaviors such as cleaning even when there is nothing to clean, or feelings that don’t seem to go away would make a person uncomfortable.  Another example of discomfort would be abnormal thoughts.  Abnormal thoughts would include believing something is controlling you, or considering killing yourself.

The next dimension mentioned in the document is efficiency and inefficiency.  All of the actions mentioned above would also demonstrate this dimension.  If the symptoms are severe enough or uncomfortable enough they would disrupt any kind of routine a person has in place, thus, causing everything to take longer or to not happen at all.

The third dimension is potential and actual.  The disruption of a mental illness causes any potential growth to cease.  Many times the person does not realize this and believes things are very different than what is actually happening.  The person’s perception is often a key factor in determining the correct treatment.

The final dimension is acculturation and bizarreness.  When a person’s behavior becomes disruptive or is considered to be out of the norm, other people’s perceptions can be used to help determine what diagnosis is appropriate.  This could be useful when the person does not see anything wrong with the way they are behaving.

Hopefully this quick look at the different dimensions of mental health will aid in the search for information on this topic.

Erotomanic sufferers walk around proclaiming that there is someone of importance is secretly in love with them.  The grandiose delusion disorder causes a person to believe that they are extremely important, or that they have some type of super human powers.  Where the somatic delusion disorder occurs the person believes there is something significantly wrong with their own body, and with the jealous subtype the person believes their spouse has cheated on them even when there is no evidence to support that.

Research supports findings that a genetic link to a close relative who suffers from delusional disorder is possible.  Another cause could be dysfunctional cognitive processing, in which the patient has a indistinguishable way of looking at life.  The speculations they develop are by assuming everything instead of fact checking.  Another cause could be through stress, through being unable to handle stressful situations.  Treatment for delusional disorder most often involves an antipsychotic medication and sometimes involves therapy either on an individual level or on a familiar level, but treatment is only as successful as the patient allows it to be.

Paranoid schizophrenia patients do not have hallucinations that are possible, the hallucinations these patients suffer from are a much distorted view of their own reality.  There are various symptoms for paranoid schizophrenia patients; these can include auditory hallucinations, anxiety, anger, having a patronizing manner and serious thoughts of suicide, along with suicidal behavior.  These people are less affected by these kinds of symptoms and are generally more affected by what are known as positive symptoms, which are symptoms that are point toward a loss of the knowledge of what reality is.  This usually involves an abnormal view.  While the cause of this disorder is unknown, there is evidence to imply that it is caused by a brain dysfunction and that there are factors which increase the likely hood of paranoid schizophrenia.  These factors seem to be things that people would be unable to avoid, like having a family history or being exposed to viruses in the womb or being malnourished in the womb, or having severe trauma such as childhood abuse.  Even with such early risk factors taking place, paranoid schizophrenia is not generally seen until sometime between the teenage years and the mid-thirties.

Several treatments are available for this disorder but there is no cure, so treatment is there to help people learn how to cope and to learn life skills so they can have a full and productive life.  There are medications which are antipsychotics and they have two different levels.  Tier one medications are typical and have been found to be effective in helping a patient with the positive symptoms such as delusions and hallucination.  There is a side effect of some movements which are completely uncontrolled and seem erratic.  The second generation antipsychotics are atypical and help the patient cope with hallucinations and delusions as well as helping with increasing drive.  The side effect for these medications however is a slow in the metabolism, resulting in weight gain, or worse.  Other treatments available are psychotherapy which is usually recommended with the use of medications and can include social and vocational skills training.  ECT or electroconvulsive therapy and hospitalization are also available if the patient and the therapist feel they are appropriate.  If this disorder is left untreated, adverse affects may start to become visible.  Symptoms become much worse and turn into dangerous and/or deviant behavior.  Abuse of alcohol or drugs may become prevalent, family conflicts, self destructive behavior which can then lead to poverty, homelessness and health problems.  Any of these behaviors can lead to incarceration.

These two disorders seem to have a lot of similarities but in reality they are very different in almost every way including the outcomes of each one.  A more in depth article would be able to show the variations of each in a much better light.

Search our entire site by keyword!